FLMR will have a booth at the RTA Festival Beer Fest from 3PM-7PM on August 10th. Come visit FLMR and pick up a raffle ticket for out handmade quilt, our triple kayak, and our row boat. 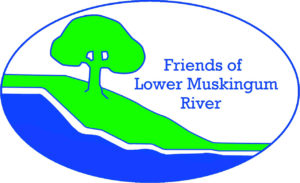 Timeline PhotosDid you know that over 8 million acres (30%) of Ohio land area is forested? Families and individuals own approximately 5.8 million acres (70%) of all forest land in Ohio. This means YOU and your neighbors have the power to sustainably manage and shape the conditions of our future forests 🌳
.
(Full Report: doi.org/10.2737/FS-RU-171)
.
.
#odnrforestry #ohioforestry #forestmanagement
#sustainableforestmanagement #sustainableuse
#privatelandmanagement #landownerassistance #forestproud
#yougotthis #yougotthepower ...

New Section of Buckeye Trail Open at the Edge of Appalachia

January 11 marks the birthday of Aldo Leopold (1887 - 1948), one of the most celebrated employees in the history of the U.S. Forest Service. He proposed what became the Gila Wilderness, the first designated Wilderness Area, while working in New Mexico. He is also remembered as the author of A Sand County Almanac (published in 1949), one of America's most influential books about conservation. The following is an excerpt:

"We reached the old wolf in time to watch a fierce green fire dying in her eyes. I realized then, and have known ever since, that there was something new to me in those eyes – something known only to her and to the mountain. I was young then, and full of trigger-itch; I thought that because fewer wolves meant more deer, that no wolves would mean hunters’ paradise. But after seeing the green fire die, I sensed that neither the wolf nor the mountain agreed with such a view." ...

FLMR has been protecting flood plains for many years. Many of our properties are flood plains. ...

Got Floods? Protecting Floodplains Could Be a Cheap Way to Reduce Damages

In many places in the U.S., $1 invested in floodplain protection today can return at least $5 in savings from avoided flood damages in the future.
View on Facebook
·Share