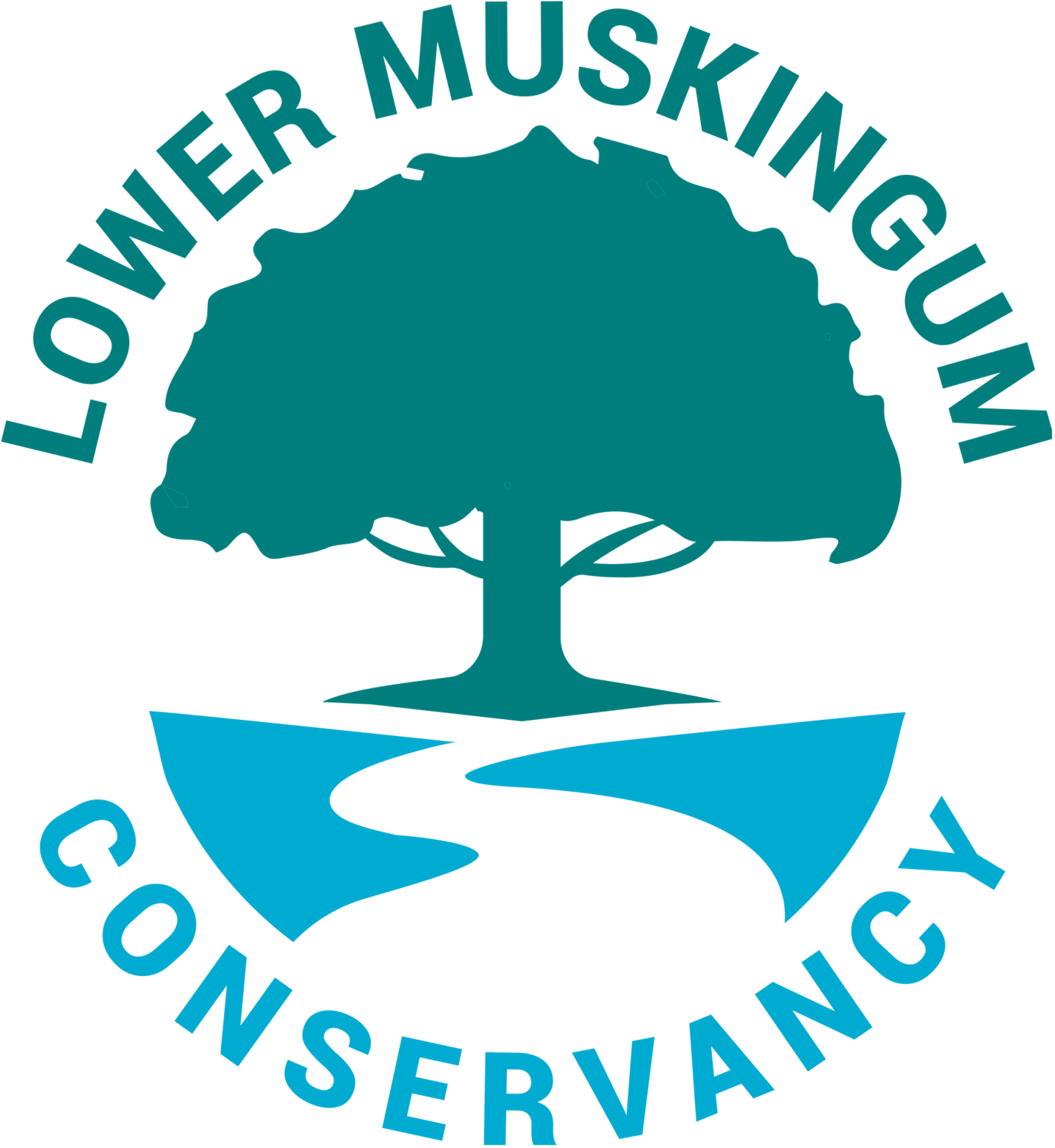 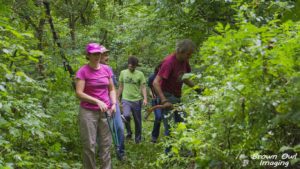 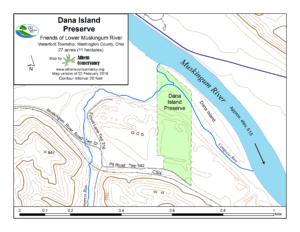 Acquired: 2007, by means of a grant from Clean Ohio Conservation Fund, with the 25% matching contribution provided by a grant from ODNR Division of Wildlife for re-introduction of the Eastern Spadefoot Toad.

Description: Bounded on two sides by Pit Road and the Muskingum River. The portion adjacent to the river is part of the former Dana Island, which is now part of the mainland. That part is wooded and has some large trees of various riparian species. From there the land slopes upward to a fairly level bench that extends to Pit Road, and which is in various stages of old field succession. Sand and gravel were quarried off the property (hence Pit Road) for several years around 1970. Congress Run, a small stream, flows into the river at the north end of the property and forms part of the north boundary.

Special Projects and Partnerships: ODNR Division of Wildlife provided funding to build a shallow temporary pond for re-introduction of the Eastern Spadefoot Toad, which is endangered in Ohio. This species can go from egg to adult in about 3 weeks, and requires ponds that hold water for relatively short periods of time.

Public Access: An all-weather parking area has been created, and there are plans to lay out walking trails. 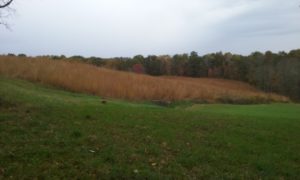 Neighboring Properties: On the west is a residential property owned by Edgar and Alma Ginther, who have quit claimed to LMC their interest in the portion of the former Dana Island adjacent to their property. To the east is farmland owned by Roy Skinner.

Environmental Factors: An oil line crosses the property from a well on the Ginther property to a storage tank on the Skinner property. To the south, on the Skinner property, is the buried site of the former MGML landfill (1969-78) which was closed in 1978 and largely cleaned up by the EPA after the discovery of about 1200 55-gallon drums of industrial waste. Restrictions on this property include no excavation of any kind that might disturb what was not removed (OEPA documents in LMC files). Some recent household dumping has occurred and will be cleaned up. The late summer display of butterfly weed is impressive.

Management: In 2008 and 2009, volunteers removed tree- of-heaven (Ailanthus altissima) by cutting about 4 ft. above the ground and dripping herbicide on the cambium layer of the ‘stump’. It is estimated that more than 3000 trees and saplings were removed in this manner. Also in spring of 2009, 15 American chestnut seedlings and 20 butternut nuts were planted among the downed trunks and stumps on the assumption that they will be somewhat protected from deer. Oak, maple, sycamore and box elder saplings are already growing among the fallen tree trunks. 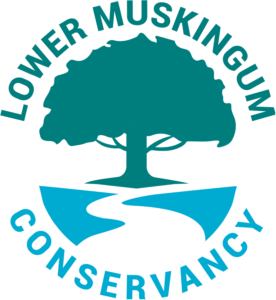 The slightly cooler temperatures make the pollinator habitat even more enjoyable for humans - and the pollinators are out in force. ...

We found parasitic plants along the old road yesterday. ...

Beebalm, coneflower, and milkweed are all starting the bees and butterflies to the pollinator habitat. ...

The pollinator habit is full of milkweed this year. ...